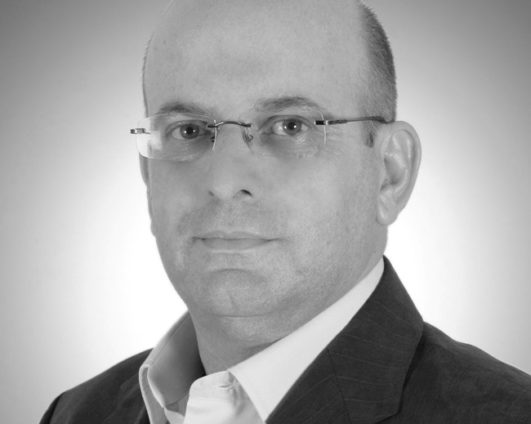 Odisseas Raptis was born in Trikala in 1961. From 1981 until 1987, he studied in the Aristotle University of Thessaloniki from where he graduated as a chemical Engineer. In 1988 he obtained a higher diploma in Economic studies from the Institute of Commerce, in London and in 1990 he received his Masters degree in Business Administration, from the University of Wales.

In 2003 he returned in Trikala where he undertook the planning, Coordination & Development consulting in the Municipal Organization for Community Development. He was the project manager for the Greek application of the European program E-Europe, on behalf of the Municipality of Trikala.  He was in charge of the current status and capabilities of the company review, study and proposal for development, with specifications on support structures and functioning, drafting proposals for the company’s participation in investment projects aimed at development of the city of Trikala in specific areas and monitoring their implementation.

Since 2004 and until today, he is working in the e-trikala office and in 2008, at the time when it was modified to be named as e-Trikala S.A., he became the CEO, leading the company’s projects in fields of new broadband technologies.